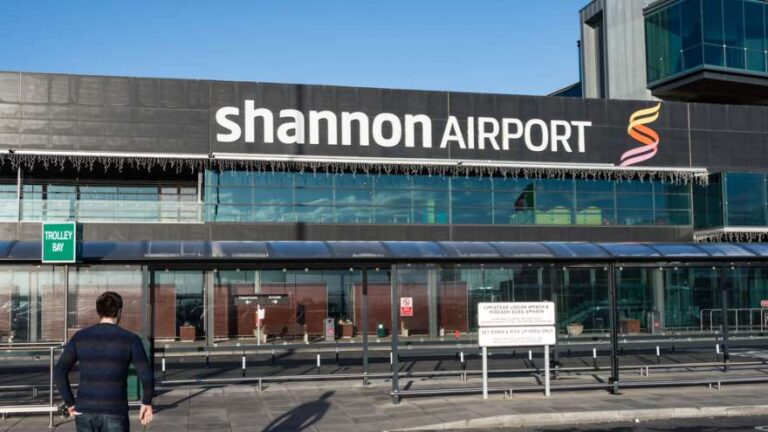 In a positive announcement for Shannon, the airlines has also confirmed it will restore its second based aircraft at the International Airport.

There will now be 18 Ryanair winter routes at Shannon Airport. New routes to Corfu and Gran Canaria began this week.

The announcement was made by Eddie Wilson, CEO, Ryanair at a special media event held today in Shannon Airport.

Speaking on Thursday, Eddie outlined, “We are delighted to announce our expansion plans for Shannon with the restoration of its 2-aircraft base and 8 new routes to exciting destinations including Corfu, Gran Canaria, Budapest, Fuerteventura and more. As vaccination rollout programmes continue in the coming months, air traffic is set to return to pre-pandemic levels and we are delighted to announce extra flights from Shannon across Europe, connecting a total of 34 destinations.

“Ryanair has worked closely with Shannon Airport, which has seen the restoration of its 2 aircraft base, traffic, connectivity and jobs which is in stark contrast to Cork and Dublin airports, which continue to lose  passengers and jobs at a time when other EU countries, regions and airports are growing and recovering connectivity. We call on Taoiseach Micheál Martin to urgently implement a traffic recovery scheme for Dublin and Cork airports before they lose out to other EU countries that are prioritising the recovery of aircraft capacity, connectivity, tourism and jobs. Ryanair is uniquely placed to deliver this as it takes delivery of 210 aircraft over the next 5 years.

Welcoming the announcement, Mary Considine, CEO, Shannon Group, which operates the airport said: “We are delighted with today’s announcement by Ryanair. It is another important step on our road to recovery. Restoring its second based aircraft here at Shannon demonstrates Ryanair’s continued commitment to our airport. The confirmation of 18 routes from Shannon for Winter including exciting new destinations such as Budapest and Turin, is very positive news for the airport and for this region after what has been a very difficult period for the aviation industry.”

“There is intense competition globally for air services as countries try to recover from the virtual closing down of international travel. Recovery from the devastation caused by the pandemic will take time, with aviation analysts predicting that it will take a number of years for passenger numbers to recover to anything like 2019 levels.

“As we work to rebuild our air services, I am proud of our team who have worked closely with Ryanair to secure these latest Winter air services to London Luton, Budapest, Fuerteventura, Edinburgh, Turin and Birmingham, for the people of our region to enjoy. In addition, our existing services to London Stansted, London Gatwick, Manchester, Krakow, Wroclaw, Warsaw, Kaunas, Tenerife, Lanzarote, Malaga, Alicante and Gran Canaria (Las Palmas), will continue to operate throughout the Winter”.