Yellow Submarine duo confident Corofin is ready for a rebirth *Thibaut Caron, left, and Bemol Piotrowski have opened the Yellow Submarine restaurant and pub in Corofin.

Bemol Piotrowski has a vision for the Yellow Submarine, the new restaurant and pub he’s opened in Corofin. He wants to see it become more than just an eatery or a place to get a pint. He’d like it to become part of the fabric of this small, North Clare town.

“You have nothing to do? Come in, sit down, have a cup of coffee, read the newspaper, relax. People are suffering now from being at home for so long. We’d like to make this a gathering place,” he said. Someone has already approached him about holding a chess club there, for instance, exactly the kind of thing he’d like to see happen. “The idea is to make it a hub, not a pub.”

Piotrowski is the manager of the Yellow Submarine, which opened for outdoor service on June 7. Actually the name itself is a nod not to the Beatles, as many may expect, but rather continues the theme of building a Corofin community base. It harkens to the 1966 launching of a DIY submarine made by local mechanic and inventor James Tierney.

“He made it in the shed from oil cans,” said Thibaut Caron, the owner of the Yellow Submarine. “And he painted it yellow. So we said, why not call it the Yellow Submarine, for the craic, like.” And there’s certainly no mistaking the newly painted bright yellow building on Main Street, the second story blue “for the water above” the submarine.

Both men live in Corofin, and have for a number of years. Piotrowski worked in management positions at the Savoy Hotel in Limerick, the Armada Hotel in Spanish Point and Monks in Ballyvaughan, among others. Most recently, he worked as a sales manager for Caron’s company, Cafe7, a Galway-based supplier of coffee equipment, gourmet foods and drinks, and coffee. The coffee comes from Caron House, his family’s coffee roasting business in France. Caron proudly says his sister Anne was the first woman awarded Best Coffee Roaster in France in 2017.

“I always wanted to start something from scratch,” said Piotrowski, “and make something that reflected my vision.” When the former Daly’s Bar was put on the market, they checked it out. “It was a good investment at a good price,” said Caron, and boasts a large outdoor area behind the building, including a paved pavilion and a field now scattered with picnic tables. In fact, up to 50 people can be served outside.

The Yellow Submarine menu offers a variety of pub food like burgers, chowders, chili and nachos, as well as more substantive dinner meals with a nod to the Irish palate – like sausage and mash and North Clare bacon and Cabbage. Local beer from the Western Herd Brewery and whiskey from JJ Corry is offered, the first of what the men hope will be a variety of products from Clare brewers and distillers.

“We’re going to be sourcing our food locally as possible. The main idea is to remove chemicals from the dish. We want people to eat just a little bit healthier,” said Piotrowski.

“Food is very important,” said Caron. He carefully selected the Cafe7 foods and drinks to ensure they are organic and natural – including food products, a line of teas and infusions, wines, large variety of fair trade syrups, fizzy drinks, fruit juices, and spices. All are available in a store at The Yellow Submarine. Soon, the restaurant will be offering a bakery with fresh breads and rolls.

“The idea is that over time, everything you had in the restaurant you can take home,” said Piotrowski. “You liked an organic cola or the wine? You can buy a bottle. You liked the bread? You can take home a loaf.”

Although the village of Corofin is dotted with shuttered storefronts, including some businesses expected not to survive the pandemic, both men are sure that the town is ready for a rebirth. Piotrowski points, for instance, to the fact that Corofin will be on the planned West Clare Greenway – a walking and biking path that will follow the route of the old West Clare Railway, slated to be completed in 2025.

The Yellow Submarine is open daily from noon until 11pm. Plans call for breakfast to be offered within the month. For more information, visit the restaurant’s Facebook page, Yellow Submarine Corofin. 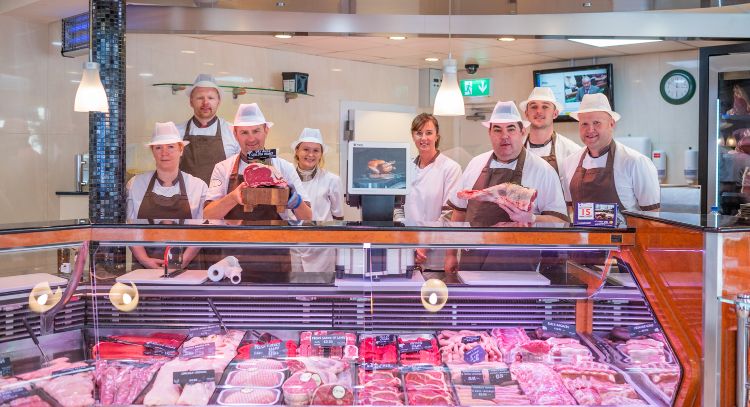