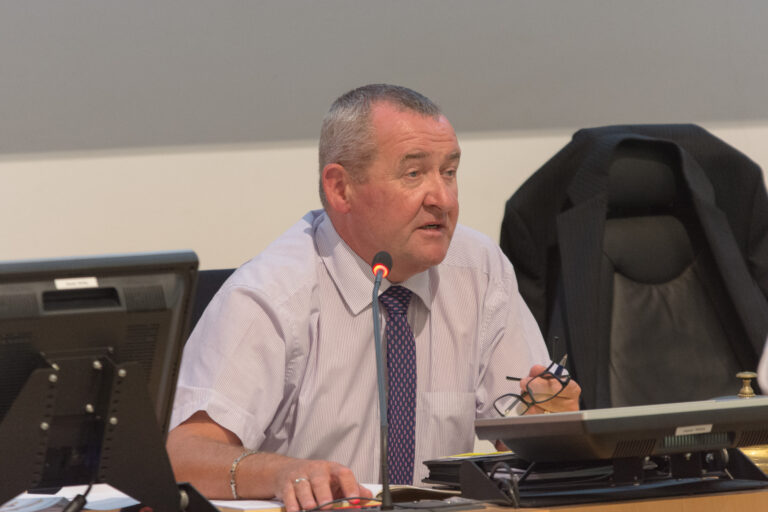 CHIEF EXECUTIVE OF CLARE COUNTY COUNCIL, Pat Dowling was rebuffed in his application to become a member of the Shannon Estuary Taskforce.

Dowling and his Limerick City and County Council equivalent, Dr Pat Daly both formally applied to sit on the Taskforce which held its first meeting in the past fortnight, the membership was announced in April with the pair “very surprised” with their unsuccessful application.

CEO of Shannon Group, Mary Considine, Ennis based Managing Director of SDC Business Consulting Siobhan Dolan Clancy and Seán Hegarty who works at Moneypoint with ESB are the Clare representatives on the grouping which will be chaired by Barry O’Sullivan formerly of J&J. The Taskforce and its Chairperson were appointed following an open call for Expressions of Interest and an associated objective assessment process based on the criteria set out to all candidates, membership is on an unpaid basis

Two separate proposals were put before the May meeting of Clare County Council on the matter. Cllr Cillian Murphy (FF), Cllr Ian Lynch (IND) and Cllr Johnny Flynn (FG) asked the Minister for Enterprise, Trade and Employment to consider an executive member from either of the Clare, Kerry or Limerick councils “to represent community and environmental interests on the Shannon Estuary Economic Taskforce”.

Creation of the taskforce was included in the Programme for Government. “Following the announcement of the membership of the Taskforce, the Department of Enterprise Trade and Employment indicated that ‘there will be a programme of engagement with the relevant local authorities as part of the Taskforce’s work’. It is therefore considered that this Notice of Motion is important and timely,” acting senior planner, Helen Quinn stated.

Cllr Flynn in another motion appealed to the Tánaiste to instruct the Taskforce to include the Fergus Estuary in its key objectives. The Ennis representative has also contacted, Leo Varadkar (FG) directly on the issue. Such a request was described as “reasonable” by Ms Quinn who referenced the Strategic Integrated Framework Plan (SIFP) for the Shannon Estuary.

There are “major problems” with no local authority officials on the Taskforce, Cllr Murphy maintained, “they are conspicuous by their absence”. He flagged that the Shannon Estuary was “one of the most environmentally sensitive areas in Western Europe”. He added, “To ensure the sustainability of the Shannon Estuary, it is incumbent on the Minister to have an environmentally sensitive thought process on the Taskforce, looking at the makeup of the membership I can’t see anyone to speak up for environment or the communities. It goes against almost all elements of best practice principles”.

Kilrush based Lynch admitted he had “grave concerns” with the membership. “I have no issue with the people but I don’t think they have the skillset required. SIFP was an excellent body, I had a motion before for it to be reinvigorated and now I’m worried they are going to be doing the same work all over again”. He was fearful that the objectives were “slightly skewed against us and weighted towards Foynes because the only one with a marine background involved is also the head of Foynes”. Addition of the wrong type of industry “will stop all development,” on the Estuary, he warned.

Reference of UL justifies the inclusion of the Fergus Estuary and the Clarecastle Barrage which cost approximately €40m to move, Cllr Flynn said. €165bn worth of public investment is identified in the National Development Plan “which will generate 80,000 direct and indirect jobs”. Roche and the Wetlands as key sites in the Ennis 2040 plan reinforce the argument, he affirmed, “We want a fair crack at €165bn that is going to be spent on public infrastructure over next 10 years”.

Addressing the May meeting, Dowling informed councillors he was advised officials from Government Departments, stage agencies or relevant local authorities were not included in the membership after submitting a formal application, “We were very surprised local authorities weren’t engaged or included directly on the Taskforce”. He referenced his time chairing the SIFP which had €500,000 spent on it, “there is a bird watch survey ongoing” which precludes development until its conclusion.

Both he and Dr Daly left Chairperson of the Taskforce, Barry O’Sullivan “under no illusion of our complete unhappiness at the local authorities’ absence. “We don’t want it to be a taskforce and nothing is done”. He said their expertise and input would be sought but not their presence. “It seems almost risible that we don’t want you on board but we want everything you have bar you at the table,” Cllr Murphy responded.