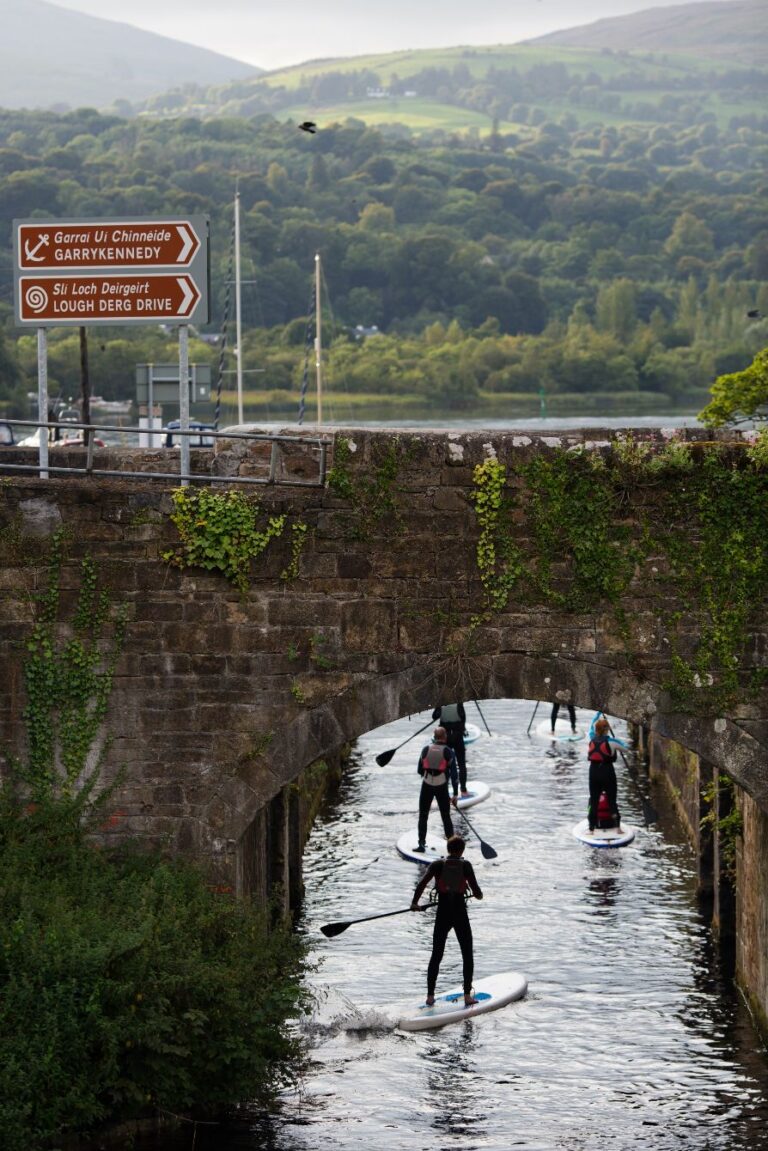 APPROVAL has been granted for the long-awaited Killaloe Bypass and Shannon River Crossing project.

Set to cost €44m, the project is set to commence construction on site in March 2022. It follows Minister for Transport, Eamon Ryan (GP) giving Clare County Council the green light to award the contract for the Killaloe Bypass, River Shannon Crossing and upgrade of the R494 project to John Sisk & Company.

An estimated 40 percent reduction in congestion between the Clare and Tipperary border towns of Killaloe and Ballina is expected once the works are completed.

Cathaoirleach of the Killaloe Municipal District, Cllr Joe Cooney (FG) and Killaloe based Cllr Tony O’Brien (FF) recalled that the genesis for the current scheme was a proposed widening of the existing Killaloe Bridge back in the late 1990s. This was ruled out for environmental and heritage reasons but prompted a wider Traffic Management Strategy which was carried out in 2003 and identified that a new bridge crossing was required in the region downstream of the existing bridge while also recommending a bypass of Killaloe and an upgrade of the R494 as part of the longer-term strategy for Killaloe and Ballina.

Clare TD, Cathal Crowe (FF) said he was “thrilled” to see the project advance. “I served the Killaloe area as a councillor as far back as 2004 and I remember this being a constant headache for politicians and engineers, as we grappled with ways of moving traffic better around the towns of Killaloe and Ballina. There’s a constant bottleneck on the old bridge that links Killaloe and Ballina and even though a traffic light system has been installed in recent years, the problem has never gone away”.

Deputy Crowe expressed his confidence that the bypass and bridge crossing will “hugely alleviate traffic pressures” but also entice more visitors to Killaloe. “This is a project that I have championed in my 20 months as a TD for Clare but I think special credit is due to local councillor Tony O’Brien who has kept this constantly high on the political agenda. He and a litany of community activists and Clare County Council officials have never given up on the dream of having a bypass and new bridge crossing for Killaloe. I’m delighted that the government has funded this and after many false dawns it’ll now see the light of day. The fact that construction will commence before the end of March 2022 means that locals have something very much to look forward to in the early new year”.

Cathaoirleach of Clare County Council, Cllr PJ Ryan (IND) stated, “This is really great news not just for Killaloe and Ballina but for the counties of Clare, Tipperary and the Midwest in general. It has been many years in the making and it is absolutely fantastic that the scheme has now been approved to go to construction”.

A “need for action to address the inadequacy of the existing route has been recognised for many years,” Pat Dowling, Clare County Council Chief Executive commented. “The scheme will allow for the planned local, regional and national development of the area for many years to come”.

Clare County Council’s Director of Physical Development, Carmel Kirby, flagged the added value that would now arise as a consequence of the scheme. “As well as the journey time savings and improved accessibility and connectivity, there are many other environmental, tourism and health benefits accruing. These include enhanced safety measures along the R494, pedestrian and cycle facilities throughout the scheme including facilitation of the Limerick to Scarriff Greenway/Blueway, reduction in carbon levels in both towns as well as many other active travel opportunities that can now be incorporated into the recently drafted Killaloe/Ballina Mobility Plan”.

Senior Engineer in the Council’s Project Management Office, Seán Lenihan believed the approval meant the project would now move at pace. “There are a number of conditions that Sisk will have to comply with prior to them being formally appointed but it is hoped that we will be in a position to issue the Letter of Acceptance in late January, all going well. This will allow them to organise their supply chain issues and prepare to mobilise on site in March. Of critical importance is that they are in a position to carry out the in-water works in the river during the limited Fisheries window this summer”.